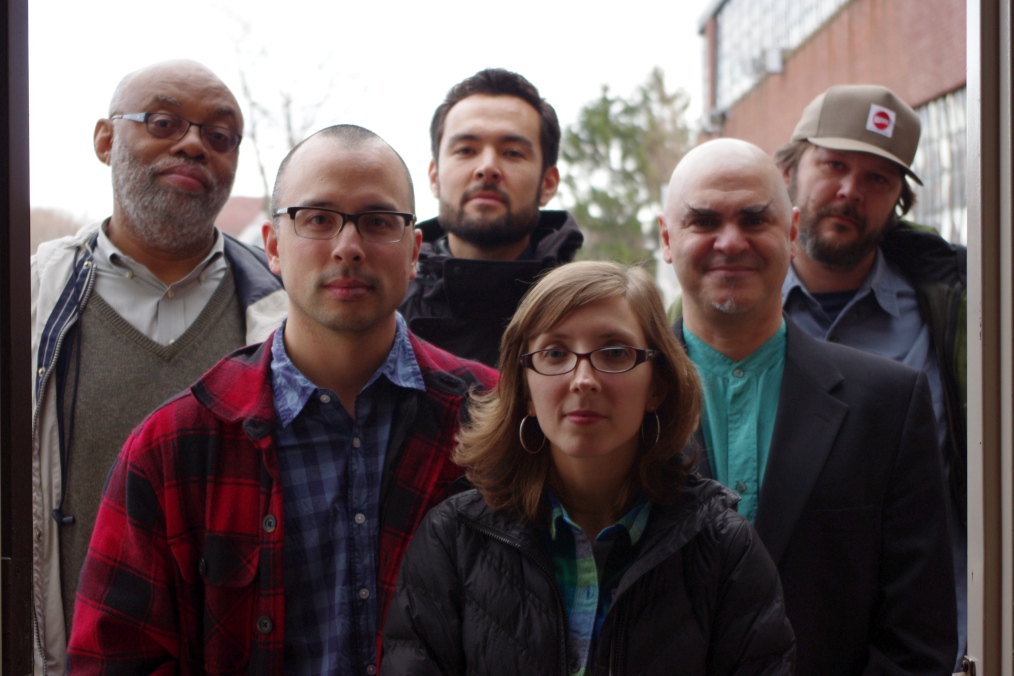 In the notes to the disc, Bynum states his goal as “not just to blur the lines between composition and improvisation (a long-time pursuit), but to try to upend the listeners’ expectations in other ways: circular melodies without beginnings or ends, disguised unisons and non-repetitive vamps, transitions that are simultaneously jarring and organic.”

All of these compositional elements play out as promised throughout the album’s fluid, interconnected movements, acting as a catalyst for fearless improvisations from the leader and the members of his sextet: saxophonist Jim Hobbs, bass trombonist and tubist Bill Lowe, guitarist Mary Halvorson, bassist Ken Filiano, and drummer Tomas Fujiwara.

Bynum’s puckish cornet opens “Shift,” the first movement, with a brazen cadenza that hops from lip-splitting high notes and quivers, to thudding, low exhortations and finally a series of dizzying runs before he’s joined by Lowe’s bass trombone and Hobbs’ whispered alto. The horn trio’s melancholic polyphony lasts for two minutes before Filiano and Fujiwara enter with furious rhythms, marking the beginning of the second movement, “Strike.”

The leader’s skills as a composer certainly rival his brilliance on cornet throughout Apparent Distance — an extended contrapuntal section in “Souce,” the album’s epic third movement, is a standout for the juxtaposition of guitar and cornet unisons against the often diametrically opposed bass, alto, and bass trombone figures — but it is ultimately the improvisational virtuosity of the ensemble that takes the day.

Halvorson’s vibrato-laden, turned bone-dry, turned blippy, trippy introduction to “Source,” is a high point from both a technical and improvisational perspective, but it is just one of many in this impressive outing.